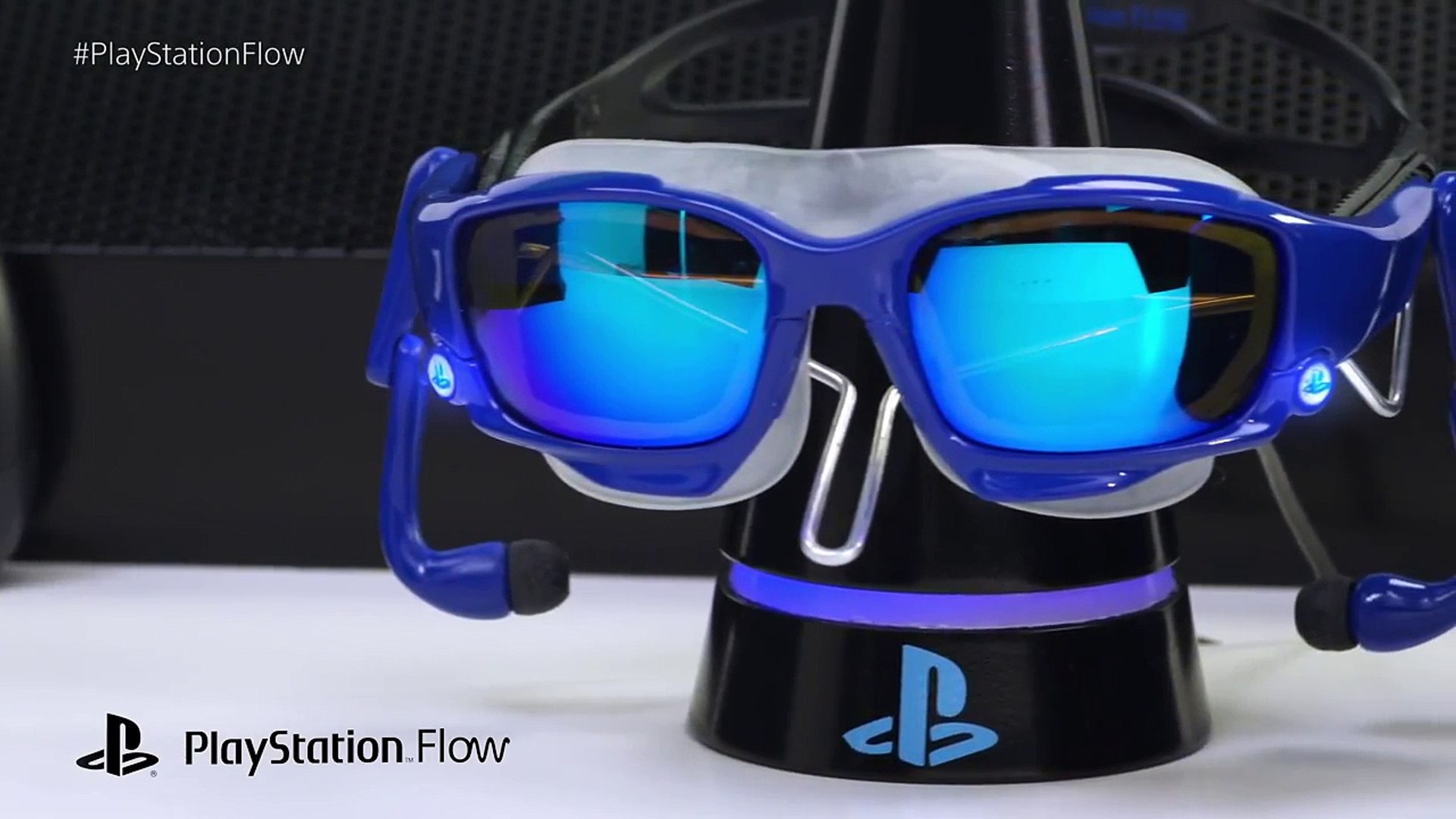 In early 2015 our friends at Sony Interactive Entertainment first approached us with the idea of an April fools’ prank.  They wanted to produce something funny, obviously, but also something which would tie into the then codenamed PROJECT MORPHEUS; the soon to be announced Playstation VR.  Through January and February we watched every Silicon Valley product launch video we could get our hands on, and batted around ideas with the SIE product team. Together we honed the concept of a waterproof wearable PlayStation controller, which could be used to complete underwater levels in games like The Last of Us.

Once that was agreed we dived straight into pre-production, designing and building prototype products. 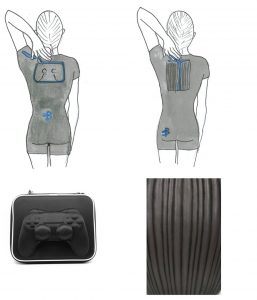 We worked with our production director Caroline Steiner and props house Artem to build the PS Flow Goggles, the arm and leg motion tracking bands and the Playstation dryer. We also designed PlayStation branded swimming costumes.  Ultimately this was just a simple design motif added to off-the-shelf costumes, but we explored how a bespoke costume could be used to house the PlayStation equipment. 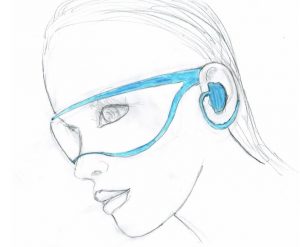 The goggles were one part Oakley Thump sunglasses and one part speedo swimming goggles. We went through two dozen design iterations until we ended up at the final sets of products for production; all properly branded.  We had a hardened set which could be used underwater, and a beauty set with functional lights and switches.  We also built a wireless charging stand for the goggles, which quickly picked up a rather inappropriate nickname on set.

Meanwhile we were scouting locations for the Playstation Wearable Entertainment Technology division HQ.  We wanted to be near London and needed a pool which could double for a sunny Californian technology lab; we saw some amazing places. We ended up in a house in Sheen south west London which could accommodate both the standard living room set and had a small indoor pool. 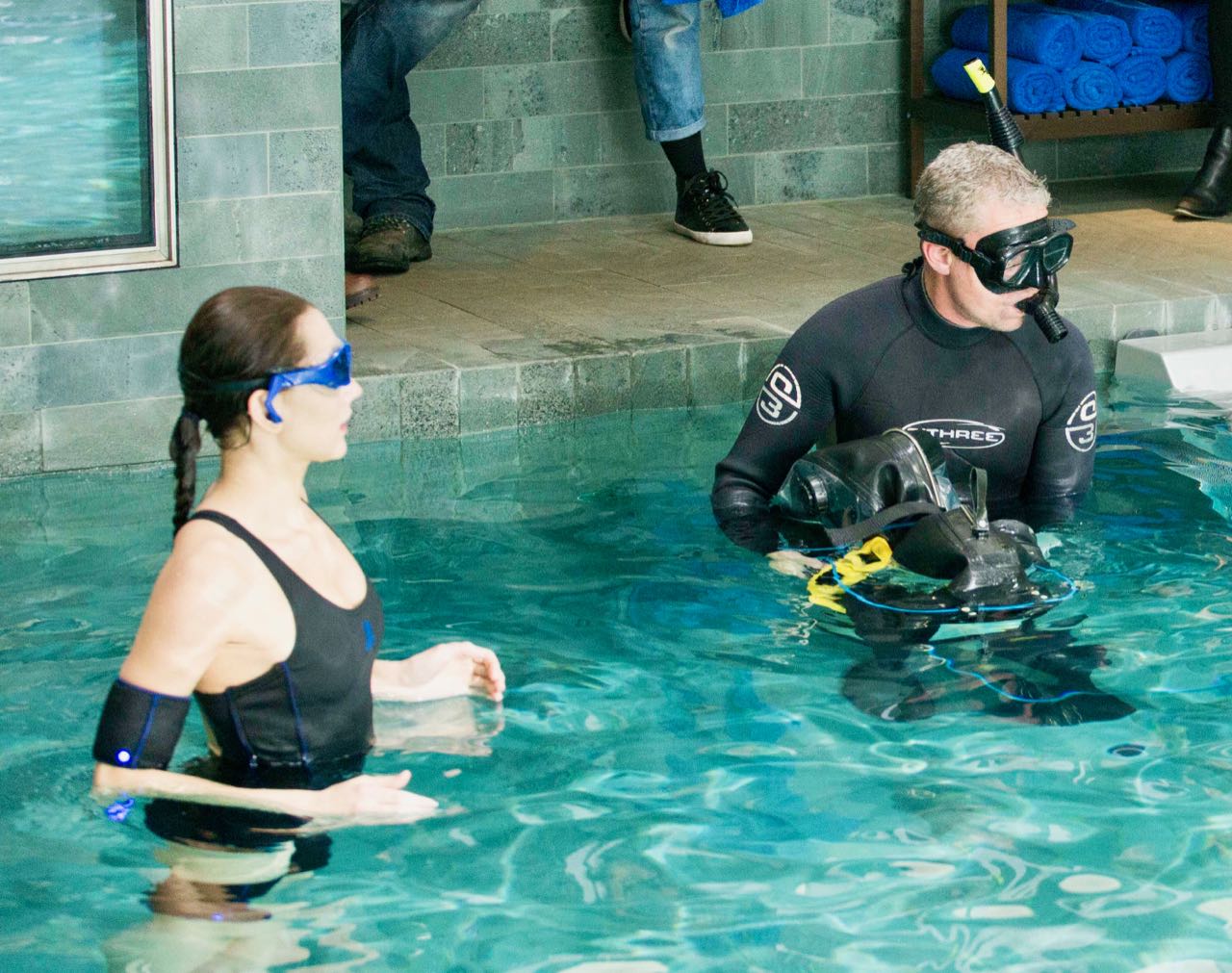 We shot for two days and had a crew which included an underwater unit, a bubble bath team and an executive in charge of making sure the Playstation lights were the right colour.  But that wasn’t enough, we needed more footage of people using these wearable devices in everyday situations, so headed out to a children’s ball pool in a pub on the A40, and a bus to Camden with various members of the Create team taking the role of immersive gamer.

We wrapped March 17th, with an unusually hard deadline looming.  Post Prodcution went right up to the wire with the final grade on March 31st.

We were furiously refreshing YouTube on April 1st, and were thrilled when the video landed and started gathering views and comments. The piece was covered by press and gaming sites all over the world and collected over 2 million views in a day.  It was a special project for all involved!