The Future of TV Advertising 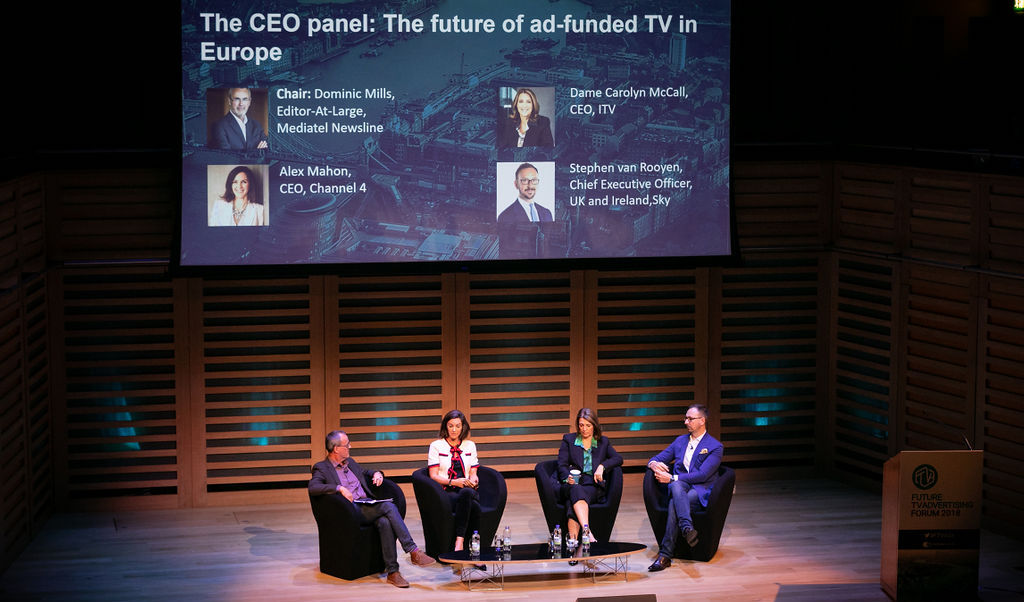 Last week Tom Lewis and Rob Archer ventured out to the Future of TV Advertising Forum in King’s Place and heard from UK and International broadcasters, advertisers, technology providers and creatives.

Over recent years we’ve seen the rise of social media and digital advertising take a chunk of our client’s media spend away from TV.  And we know why our work increasingly finds its audience online; it’s an environment where campaigns can be targeted with forensic precision, and can find and connect with audiences quicker than ever, with greater ROI.  Also important to note that the majority of film campaigns are pre-release making it more difficult to track engagement against a TV campaign, a function built in to social media and online platforms though likes, shares, clicks and comments.  Major brands still rely on TV advertising for the sheer reach and the power that a long running campaign has for brand building, particularly in finance and banking, but the broadcasters clearly recognise there’s a challenge ahead.  Audience numbers aside digital platforms don’t offer a ‘brand safe’ environment, because they don’t have to; how long will that offering alone drive TV ad spending?

Between NBCUniversal, ITV, Channel 4 and Sky, one of the big topics which kept coming up was contextual advertising and recognising that ad breaks are jarring interruptions to premium programming.  If more can be done to bring programming and advertising closer together, is this not an opportunity for film campaigns which can naturally offer a stylistic and tonal similarity to premium TV drama?  We’ve already seen some clients make moves to tie their primetime spots in with the context of the programme, or the network, evidently good contextual advertising can drive ad recall up by 50%.  However the longer running programmatic and addressable advertising schemes are premium offerings and of uncertain value in a campaign which will only run for a matter of weeks.  Many of the advertisers at the forum questioned whether they’d see an increased return to match an increased cost for an addressable campaign, and they’re not trying to drive an audience to the cinema over one weekend.

We’re inclined to think there’s a potential for TV advertising to become more valuable to our film clients if there’s a model which matches cost and the effectiveness and reach of a campaign.  With all the powers of broadcaster’s data science teams and the new technology platforms on offer there’s certainly potential to achieve this.  However as advertising rates are set by the market, and major brands continue to see value we wonder whether rates will ever reduce to a level where film clients see a return they see as a success.  If social media platforms manage to create more ‘brand safe’ environments perhaps they’ll help level the playing field.